The short answer is "yes they can"

Using your ipod to listen to loud music on a regular basis can wear the hearing down at an early age. A test showed that 45 out of 358 students at a prep school in the United States had significant hearing loss. The common denominator was that they all listened to ipod players. Listening to an ipod player at 60db is o.k. but turning the volume above that is putting your hearing at risk!

Students at Harvest Preparatory Academy in Ohio probably considered turning the volume down after a test revealed that 12.5 percent of the entire student body had significant

hearing loss when using an ipod. “This is terrible. This means that there is speech these kids are unable to discern, that they’re probably having a hard time listening in class”, said Lin Hamill, a health care educator of Audibility Hearing Care, who conducted the test.

Youngsters being unable to hear teachers in a classroom is obviously a major problem.Not being able to hear properly at an early age can have longer term consequences,i.e, hearing loss. Additionally, straining to hear can cause fatigue and headaches, making it harder to concentrate and affect study.

These are serious consequences and as the youngsters grow older their hearing will only worsen due to the normal decay of sensory hair cells in the inner ear over time.This can have a detrimental effect on their ability to socially interact. 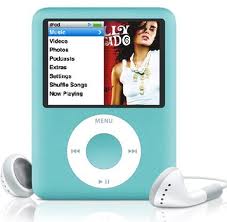 Hearing professionals and medical advisors have been warning against headphones and earbuds for years, but parents and kids have largely ignored("it won't happen to me") the dangers of a noise induced hearing loss.

“The issue,” pointed out Wayne Chiavacci, a local paediatrician, “is more urgent than ever as manufacturers keep coming out with new things for kids to stick in their ears.”

To ignore this problem will lead to a hearing impairment and frustration at not being able to hear properly.

Examples include hands-free solutions for telephones and the merger of phone and ipod music player. Many young ears are loaded with sound most of the time.

A new volume limit setting makes it possible to control the noise-levels on your children’s Ipod players. More than 42 million young people have bought iPods since 2001. They are cool and trendy,

But the new ipod players can also blow the listener’s hearing away. A growing number of young people already suffer from tinnitus and noise induced hearing loss.

The music industry is aware of the problem and now Apple has introduced a volume limit setting for the iPod Nano and video players that makes it possible to encode a maximum noise level to be played on these personal stereos. The encoder is childproof, which makes it possible for parents to help their children avoid hearing impairment.

The industry wants to show that it cares about the customers, but it also wants to prevent further lawsuits brought by hearing impaired people claiming that the excessive noise-levels on the ipod players damaged their hearing. 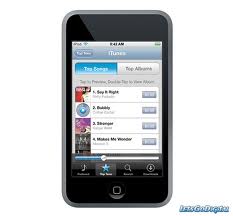 How do we prevent or control the noise level

Even when the volume is set not to exceed 60 percent of the maximum level, listening to the music on personal stereo should be limited to no more than one hour a day.

A team of British researchers removed the headphones from a number of 18-24 year-olds who played their music on Ipod players and other personal stereos. Two in every three of these youngsters told the researchers that they regularly suffer from ringing or hissing noises in their ears. Such noises may be a first indication that the personal stereo is played too loudly, according to the researchers.

The new options for limiting the noise-level on ipod-players will hopefully prevent more young people from suffering hearing loss in the future.